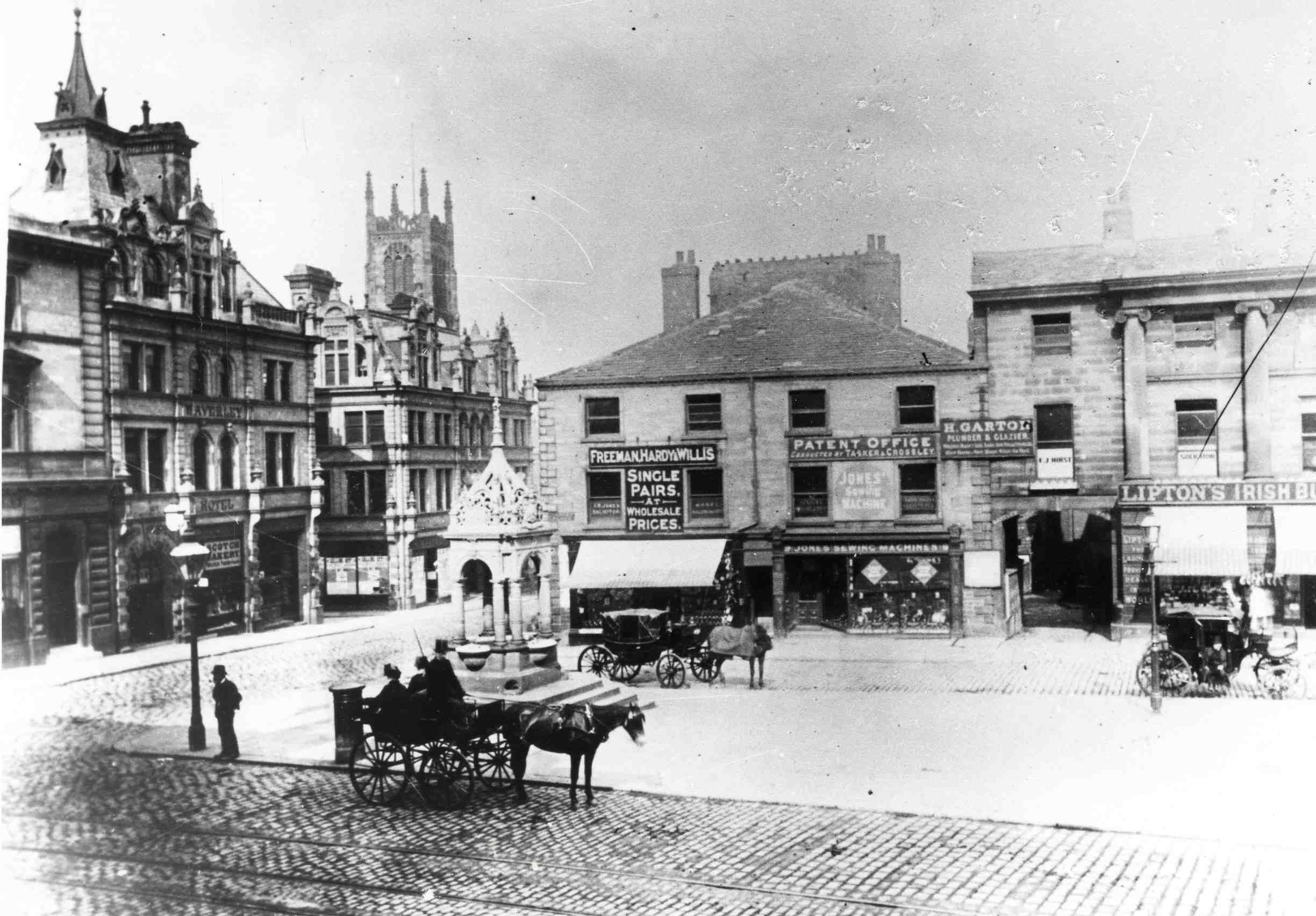 The shop at the corner of Kirkgate and Market Place occupied a prime location, and was taken up by one of the first retail chains . Freeman, Hardy & Willis were manufacturers as well as retailers with a base in Leicester. They chose as their contractors a company from Leicester, who were no doubt responsible for maintaining a company brand and image through its shop fronts. The design incorporated large windows for display which had been made possible by improvements in the technology plate glass manufacture.

The original shop fonts do not survive, the significant retail site having been occupied by a number of different retailers since 1884. The current occupiers are Nationwide.

The three storey building is part of a group of listed buildings dating from the early 19th century.