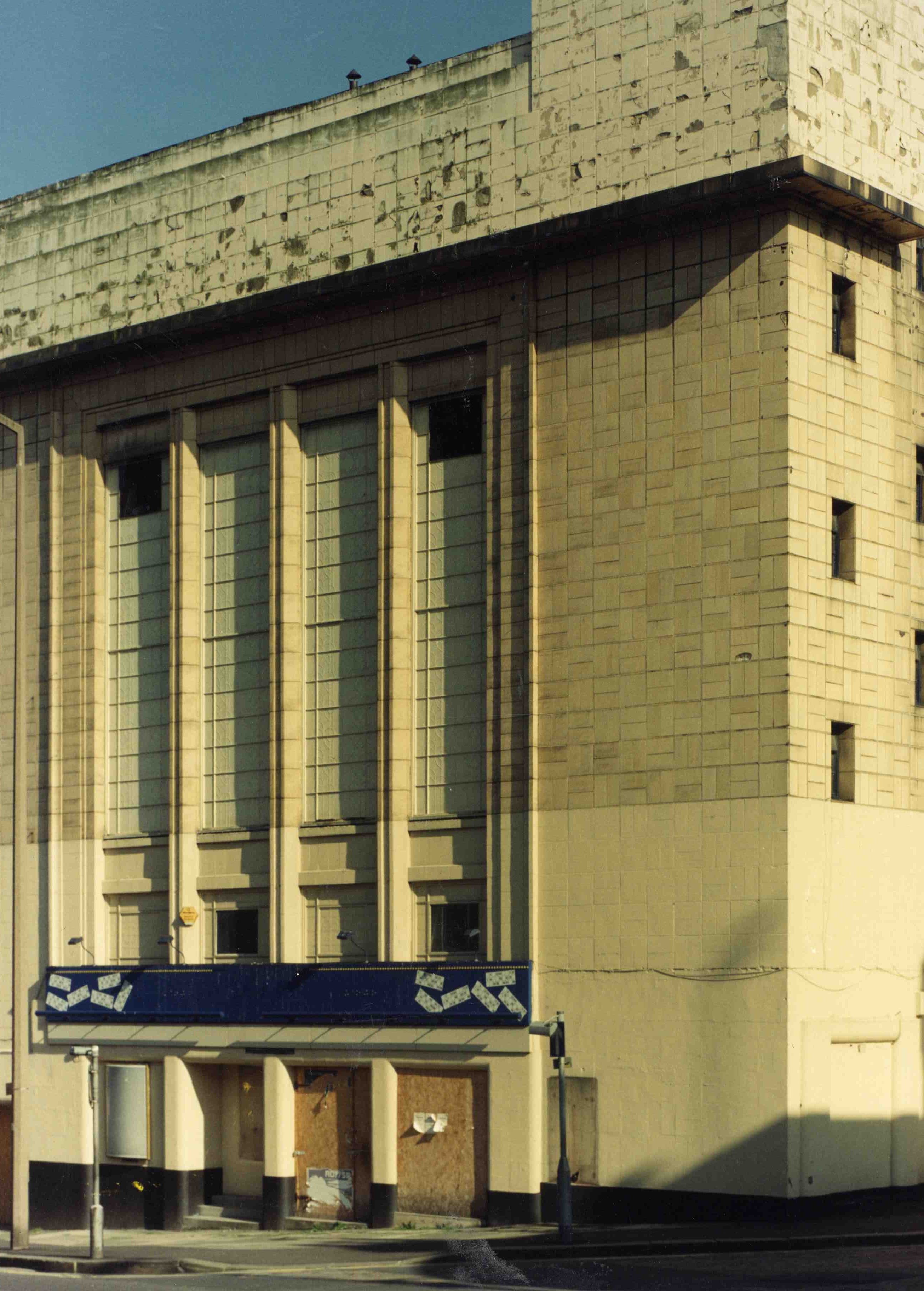 The application includes a full set of drawings, including one of the facade which is covered with cream faience tiles (which have subsequently been painted) and four tall windows , which were filled with grisaille glass and lit the foyers and landings to the dress cicle and gallery.

An earlier plan had been rejected. These plans include certain modifications.

The building uses re-inforced concrete and a steel frame, details of which had been checked by Building Control.

The Palace closed in 1954, re-opened to close its doors again in 1957. In 1959, following internal alterations involving the removal of the seats in the stalls nd the installation of cafe tables and chairs, together with some changes to the slope of the floor, the Palace re-opened as the Continental. This experiment was perhaps ahead of its times and also failed. In November 1962, its fate as a theatre was sealed when the building was re-opened as a Bingo Club. Since the closure of the Bingo Club, the venue has house a succession of 'superpubs', starting with the Chicago Rock Diner.