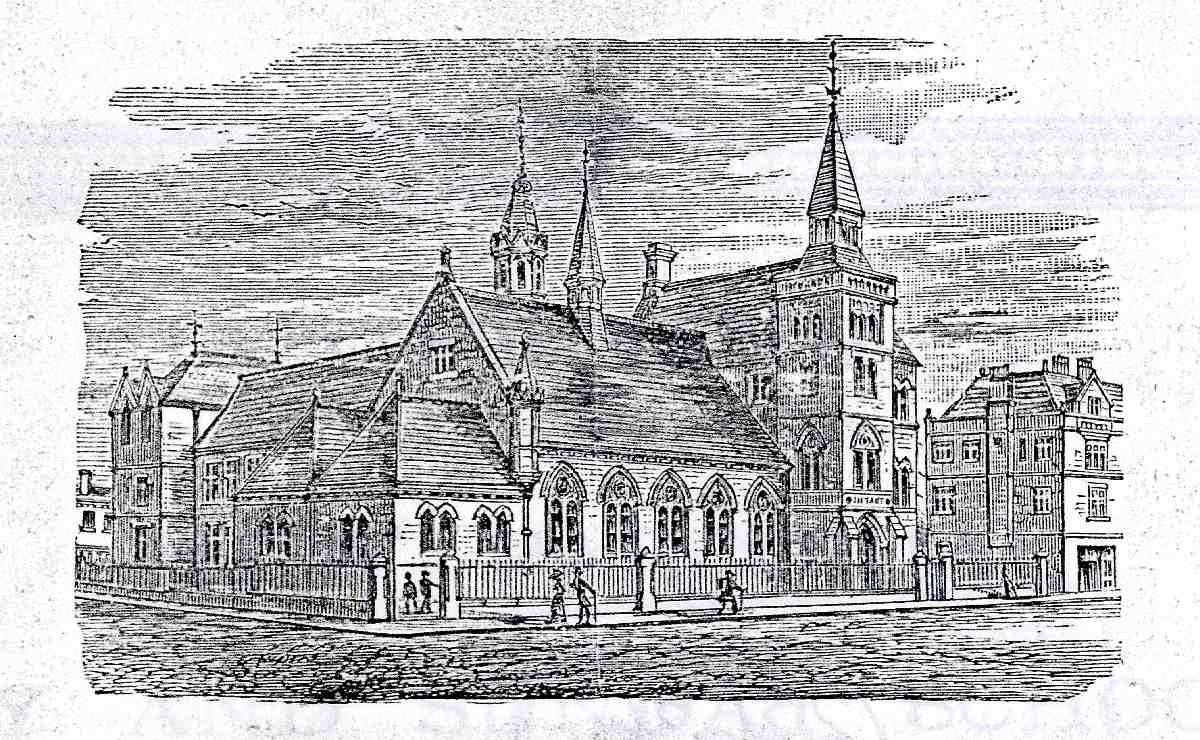 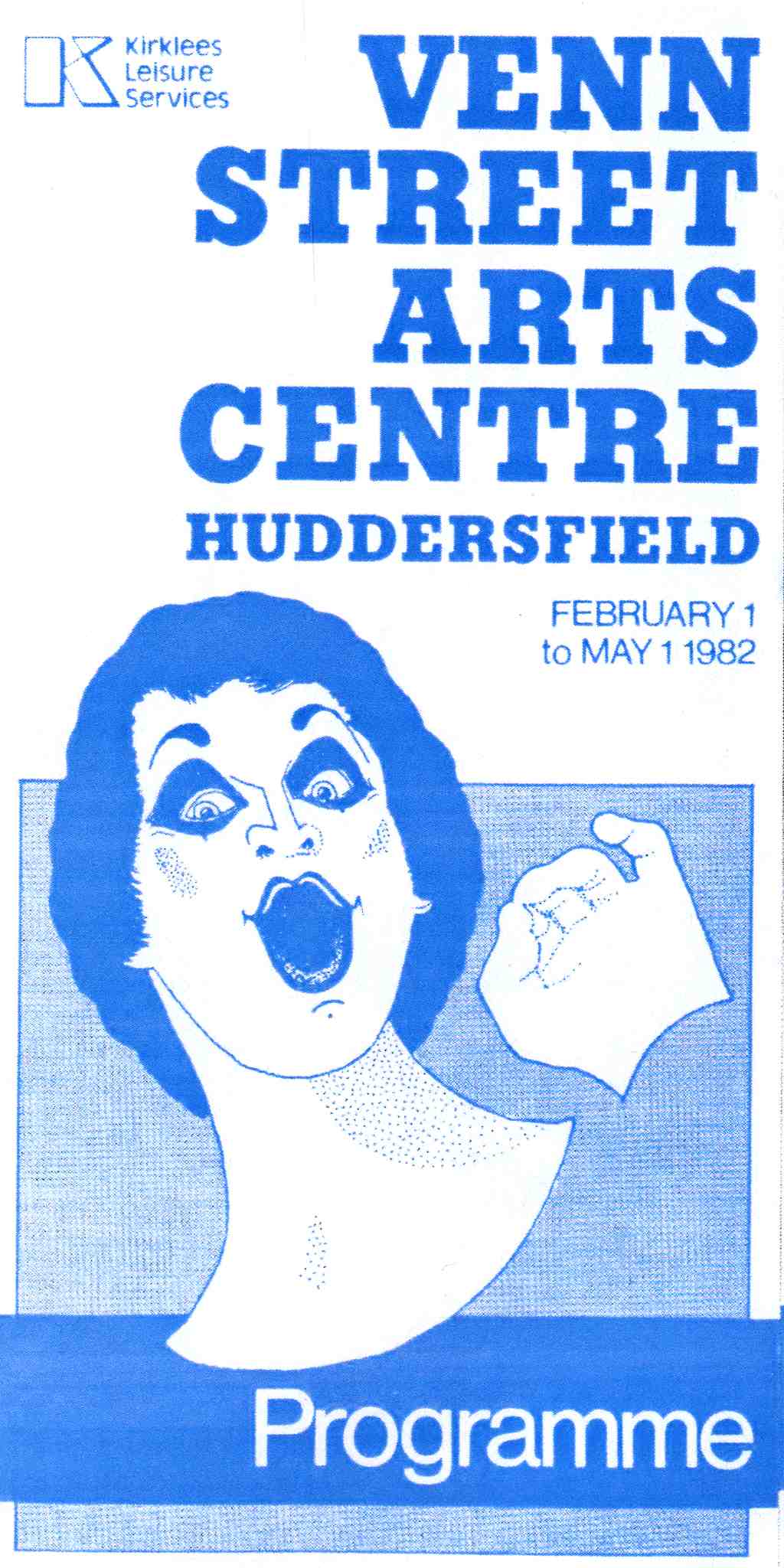 When plans were being put forward to build new parochial schools, Venn Street had not been opened up and the building plot was described as being in Kirkgate. The schools occupied a site between Kirkgate and what was later named Venn Street. At the time of the opening of the schools, Venn Street was regarded as an extension of Lord Street.

The cost of the new buildings was Â£8700, which was raised by private subscriptions, fundraising events and the sale of the former school building in Northgate.

The New Schools, built in Crosland Moor stone with green Westmoreland slate roofs, were described as having been treated in a plain and somewhat inexpensive manner. An exception had been made to the Venn Street frontage which housed the infant department, where the elevation was embellished by five two-light windows with transoms and pointed arches with rich mouldings and some carvings. The principal ornament was in the form of a tower surmounred by a bell turret and decorative iron finial, forming the entrance to the infants' school and housing the caretaker's house. The Kirkgate frontage, somewhat plainer was relieved by gable chimneys and ornamental panels. Internally much use was made of fine woodwork; the infants department had a hammer beam roof.

A great deal of attention was devoted to providing adequate heating and ventilation to the buildings which had been designed to accommodate up to 1,000 children.

When the buildings ceased to be required for their original purpose, they were used for meetings and parish activities. From 1975 until 1994, they housed the Venn Street Arts Centre, operated by Kirklees M. C., which provided a platform for local amateur and professional theatre productions until the opening of the Lawrence Batley Theatre.