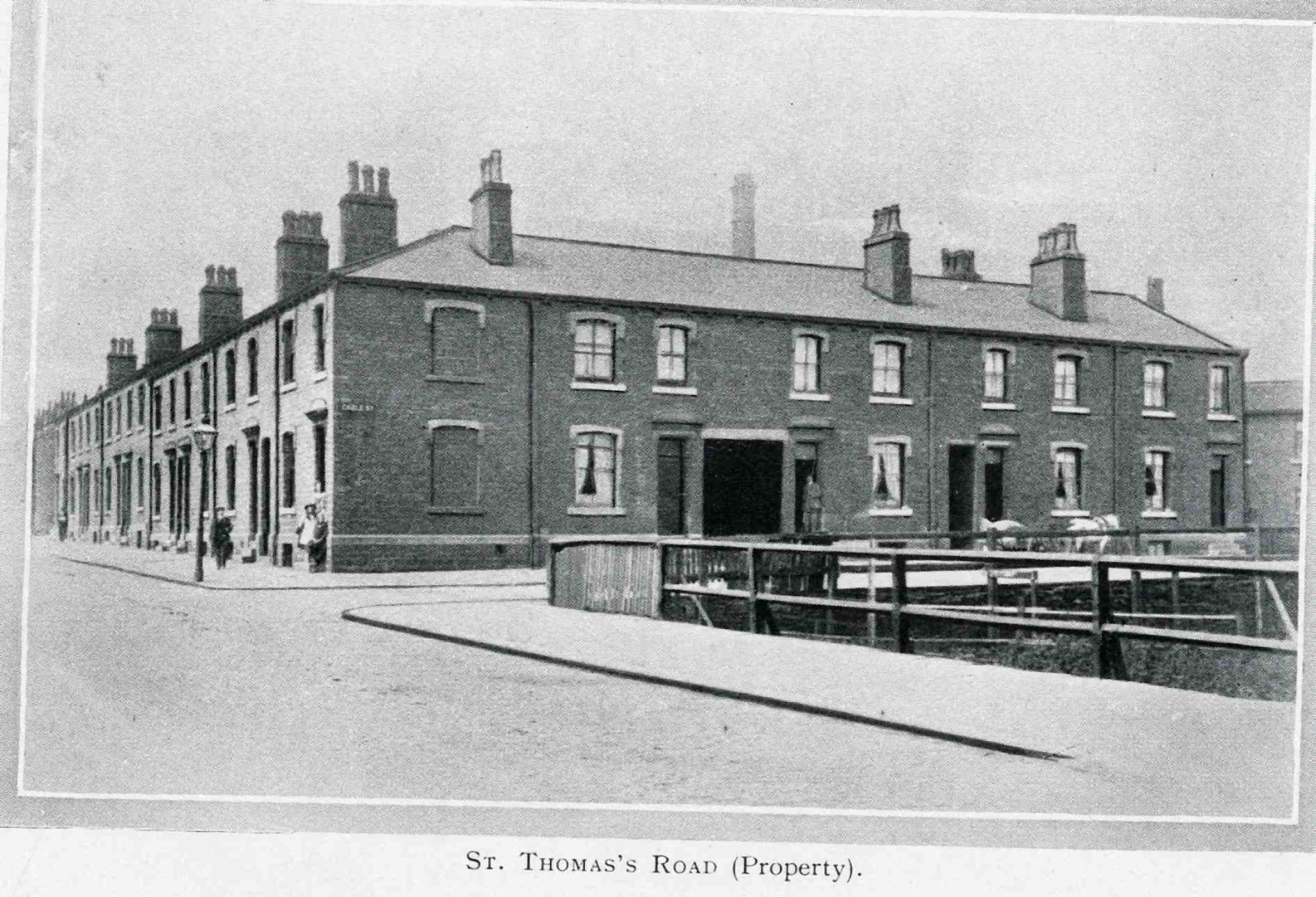 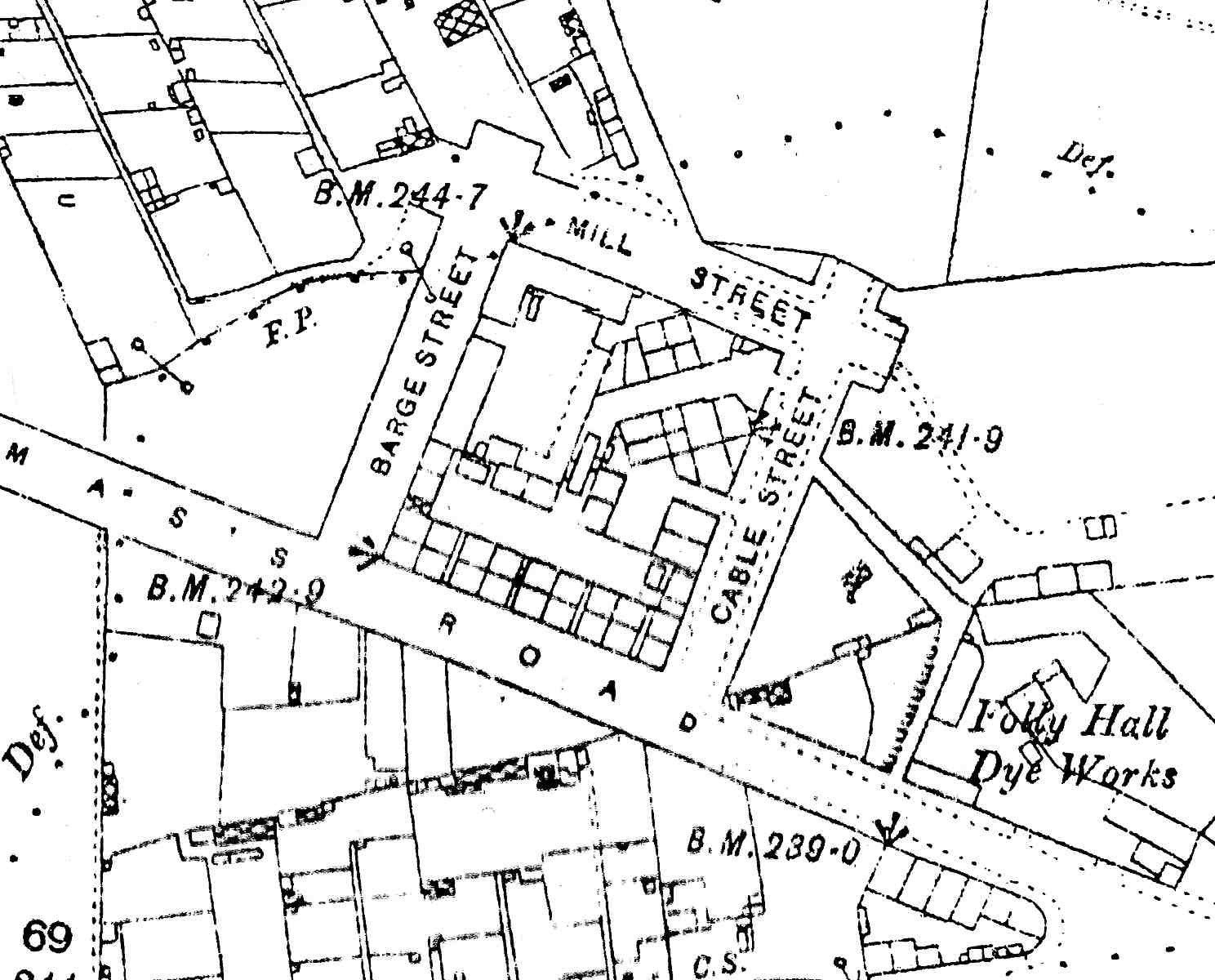 In 1877, the Huddersfield Industrial Society Ltd, which had been established in 1860, 'began to erect a number of dwelling houses'. By 1910, the society owned some 200 houses which were let to tenants, but had built many more which had been sold to members. The housing scheme at Deadwaters, where the society also had its stables, slaughter houses and other facilities, was possibly the largest of these developments. Until the local authority began housing schemes, the largest developments were made by the Cooperative Society and the Building Societies. Most speculative housing developments were small-scale.

Many of the houses in St Thomas's Road were basically one-up one-down back-to back cottages. On the Ground Floor was the Living Room whilst the Chamber had one bedroom and a landing bedroom. In the Basement were to be found, a Wash Kitchen; Keeping Cellar and Coal Place.

The square block between St. Thomas' Road, Mill Street (called Nile Street in the Building Notice), Barge Street and Cable Street, was densely packed with houses and other buildings. See the extract from the 1893 O.S. Map.

Tenders for building the houses were accepted in June 1882.

The history of the Huddersfield Industrial Society is to be found in Owen Balmforth, "History of Fifty Years' Progress, 1860-1910" (Manchester, 1910).

The Archives of the Society are held by West Yorkshire Archives Service (Kirklees).