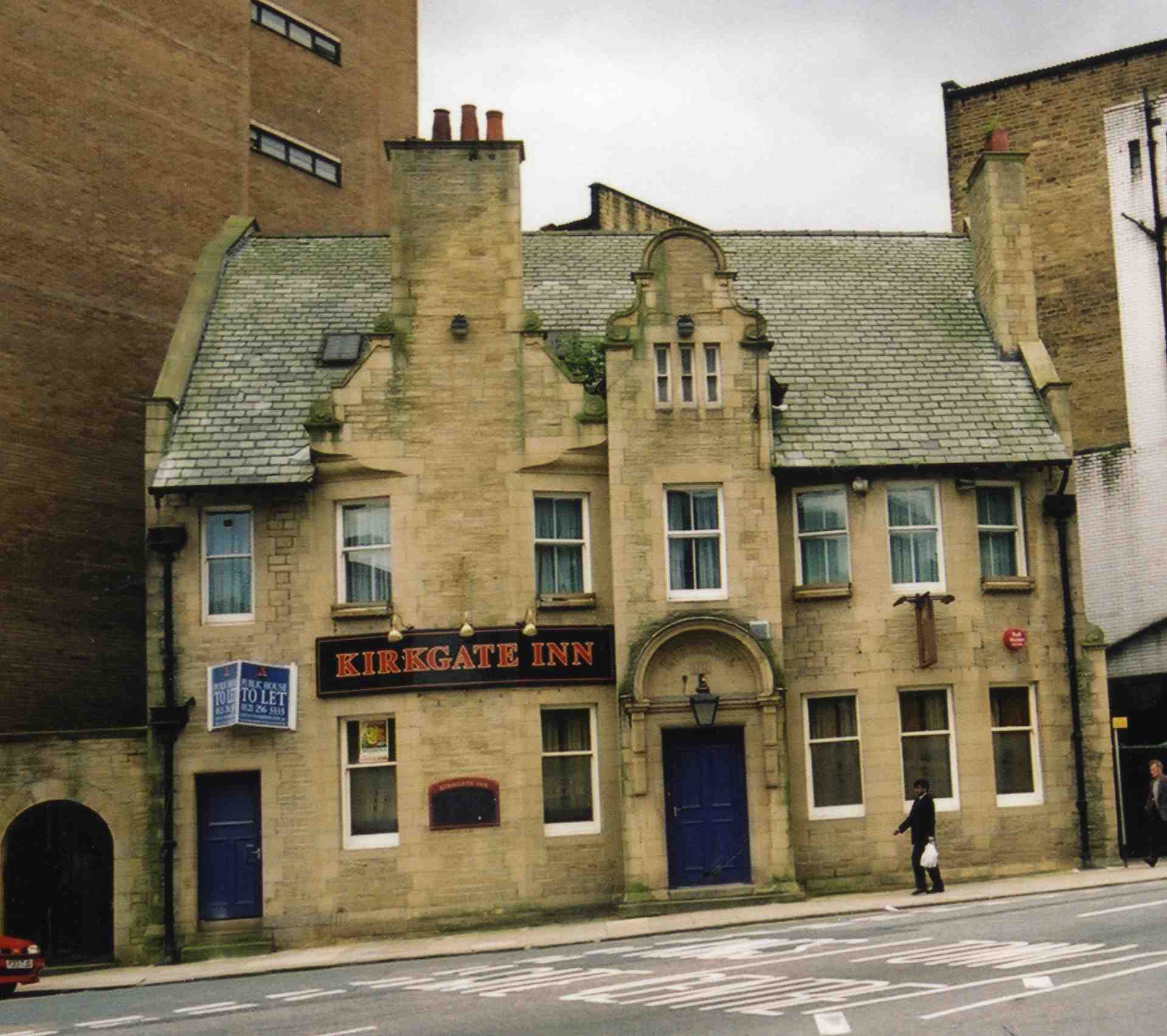 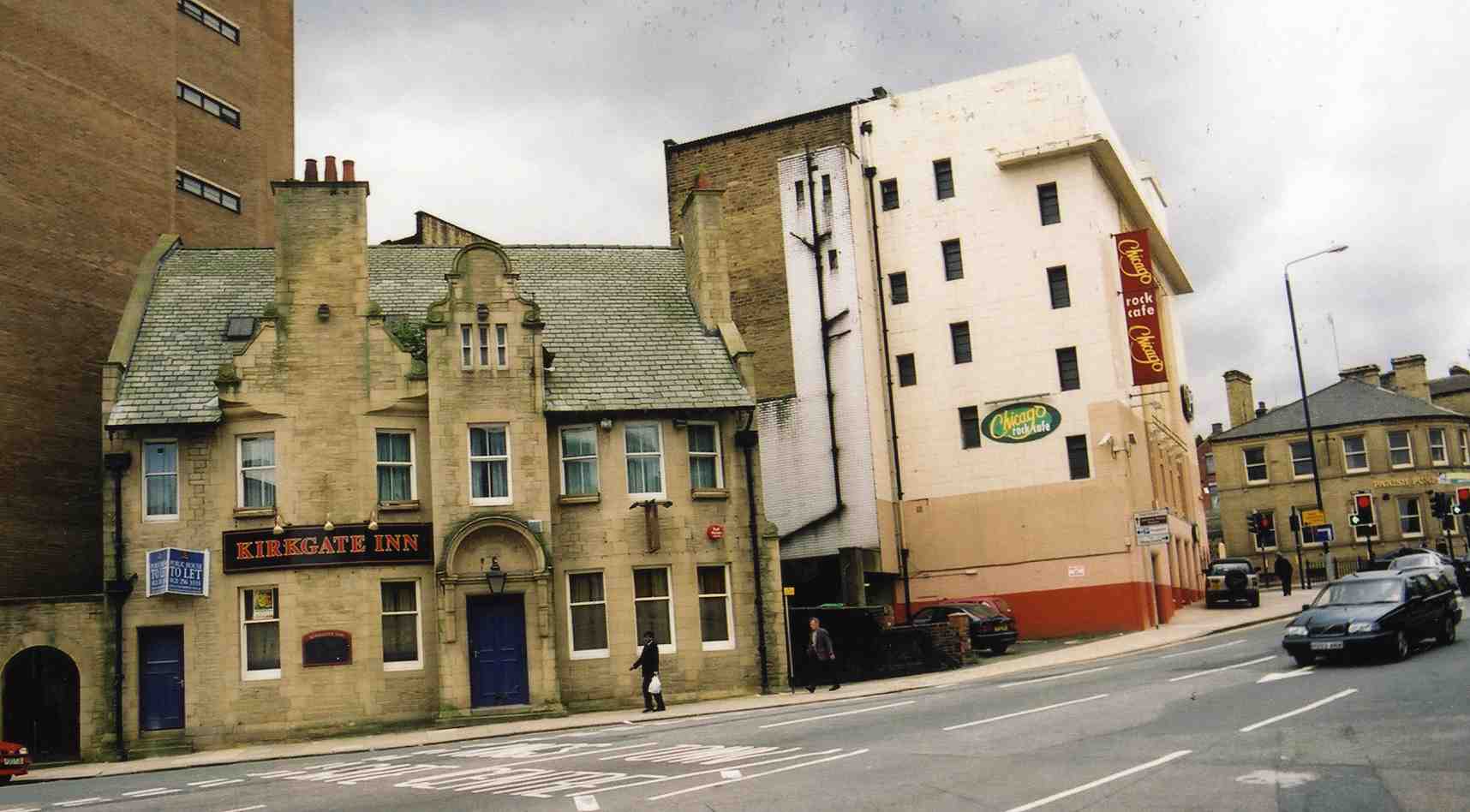 The application includes a beautifully drawn set of drawings including an elevation. The Kirkgate Inn was built between the premises of Joseph Taylor & Sons and the Palace Theatre. Occupying a restricted site on the corner of Kirkgate (now the junction of Kirkgate and Oldgate), Cooper's new public house incorporates elements of the vernacular alongside the art nouveau. The stonework is if high quality. A feature is made of the chimney stacks and gables.

The Kirkgate Inn was built to replace the Commercial Inn , which was on the other side of the road, and which was taken down as part of the statutory improvements of the area and its streets.

Since 2000, the Kirkgate Inn has undergone some changes. Externally, the most noticeable have been to the ground floor windows. The original plans accommodated the change to an Urban Style Bar. More recently the building has been re-named 'Wildcats' and houses lap dancing. The windows which were opened up to give the bar a more open, contemporary feel, have been covered.

The Kirkgate Inn was threatened with demolition as part of the proposed Kingsgate II Development.