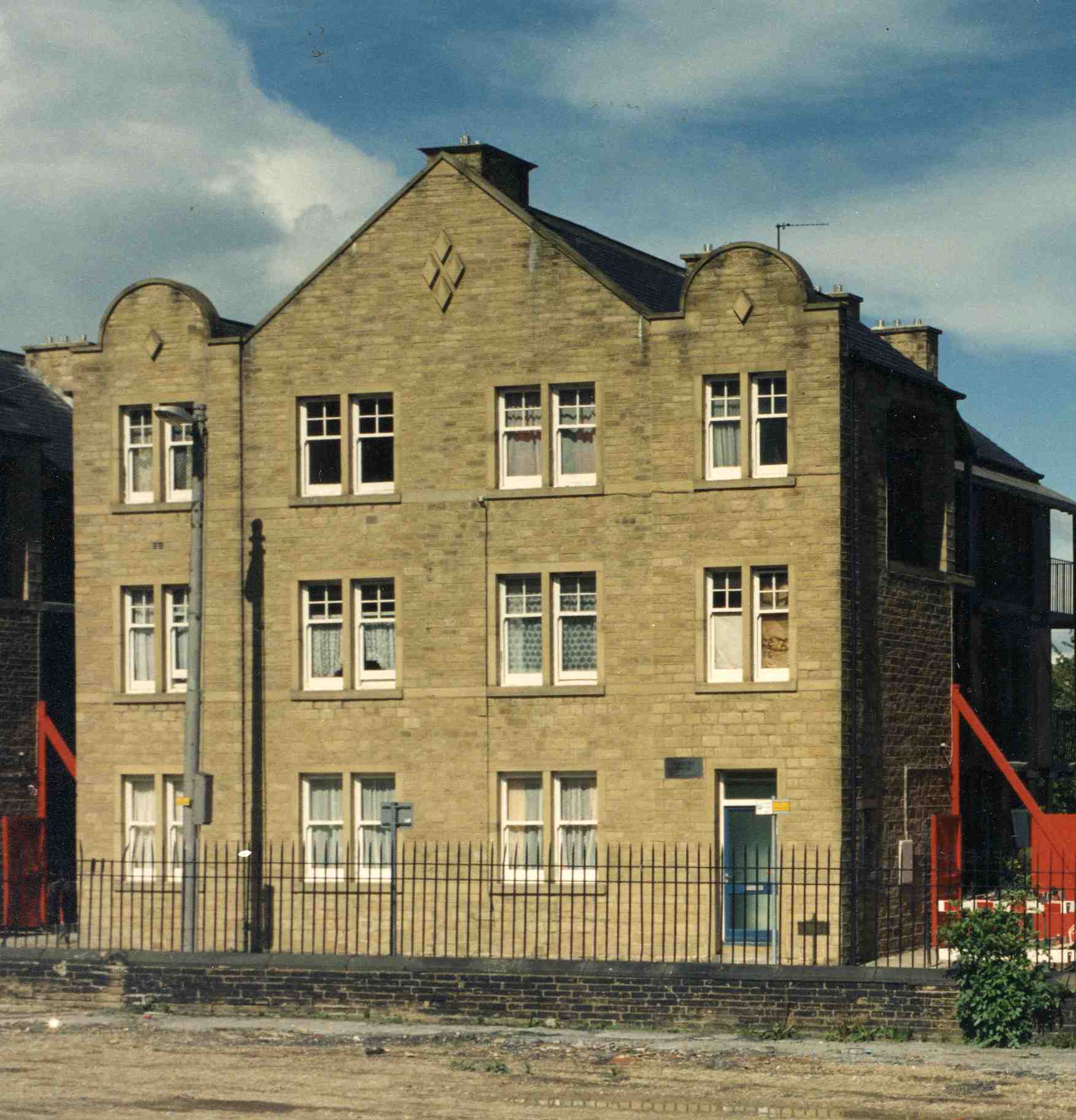 The Ramsden Tenement Buildings provided 48 one room dwellings. Huddersfield Corporation was later to build tenement blocks in Kirkgate (Oldgate). There was a considerable demand for this type of property from working people. Correspondence survives from Major F.W. Beadon, the Ramsden agent indicating the level of demand and his desire to see the properties occupied :

A shield high up on the building contains the initials of Sir John Frecheville Ramsden and the date 1911.