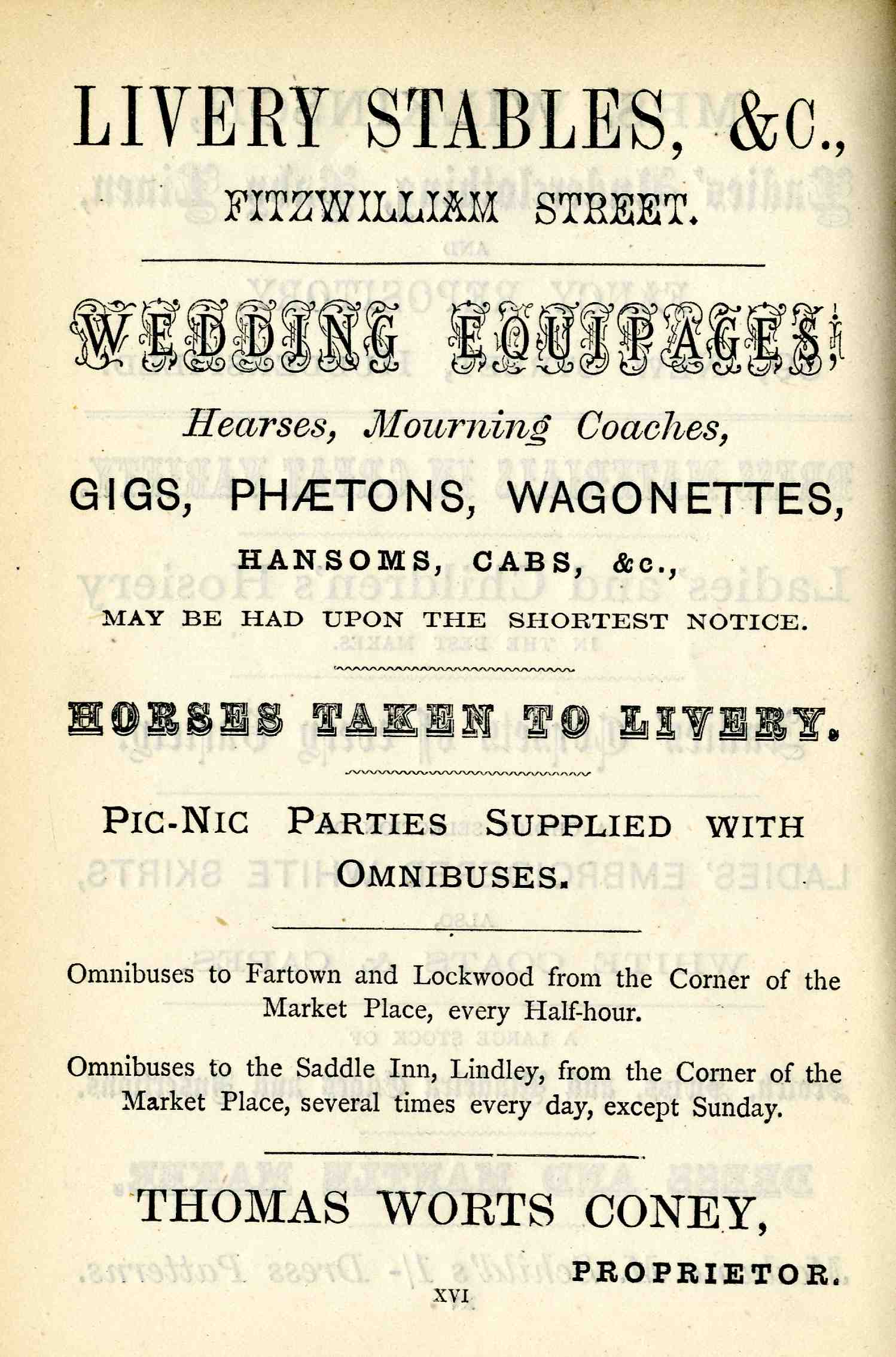 William Esatwood Jowitt is described as a plasterer, slater and cement merchant in the 1879 Huddersfield & District Directory. He may have produced the plans for the alterations to the commercial livery stables, which he had acquired from Thomas Worts Coney. The minor alterations involve opening up a passage entrance from St John's Road and building a 7 foot high wall to enclose the yard at the rear. Other minor changes result from the opening of this new entrance. The application was later re-submitted with further additions and alterations in December 1882.