Kirkgate: Amended plans of Basement and Outbuildings. Additions and Alterations to existing buildings. 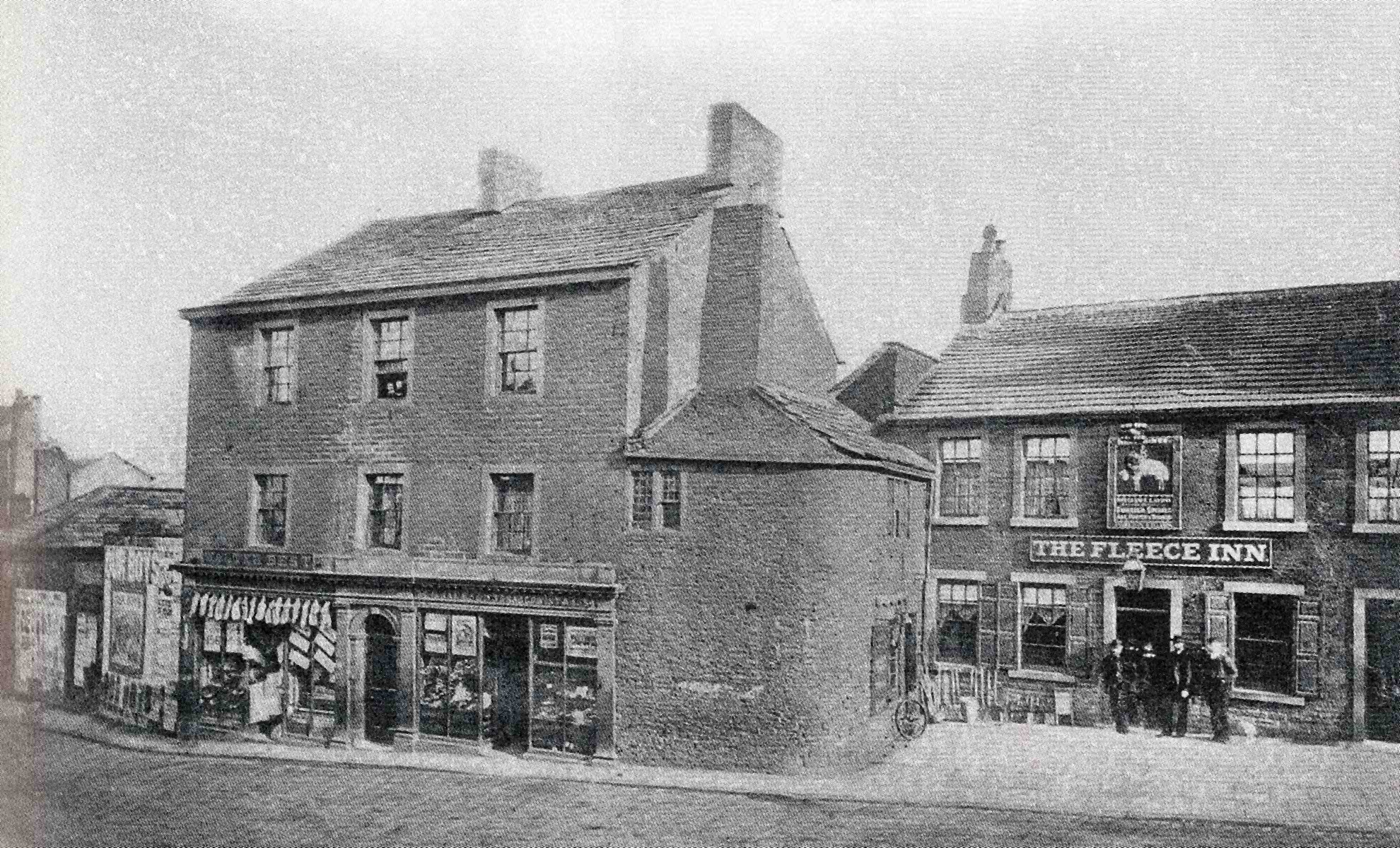 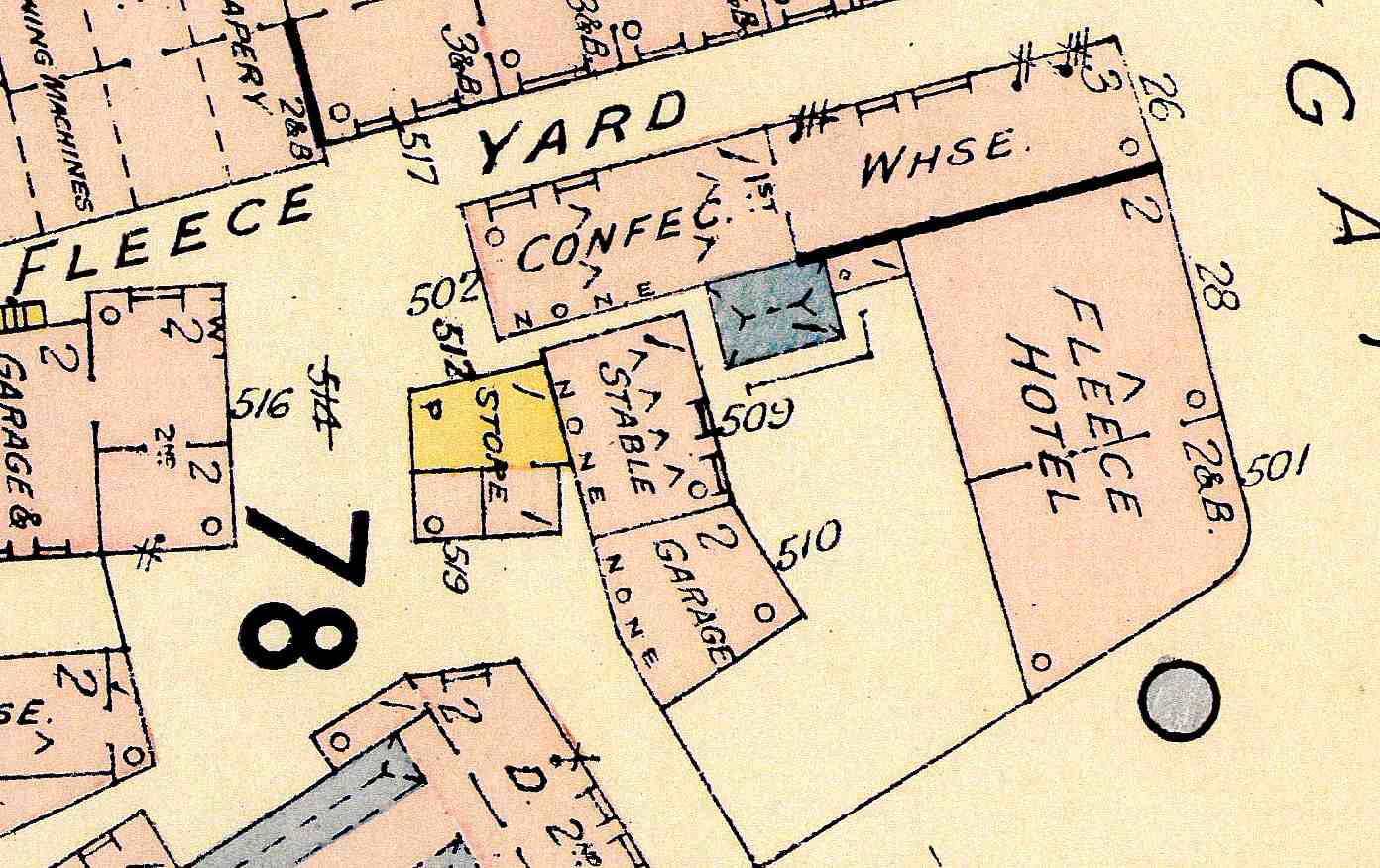 One of the town's older inns, The Fleece stands at the junction of Kirkgate and Venn Street and is part of a block of buildings that incorporates the Army Careers Information Centre, which was formerly a corn warehouse, and later Snowdens' Wholesale Confectioners, standing at the entrance to Fleece Yard. The yard contained a brewhouse, the usual offices, storage and stabling. Some of these buildings, which were altered as part of the re-building of the premises in 1900, survive along with the stone setts and paving of the yard entrance.

The central part of the two stoey building with its pitched stone slate roof and raised quoins, reflects the 18th century origins of the house, also known as the Golden Fleece - which was held by several generations of the Quaker Horsfall family.

The re-buldingof the Fleece and the addition of the characteristic curved extension, was necessitated by the opening of Venn Street, which had been made possible by the building of a new vicarage in Greenhead Road, the subsequent sale of the glebe together with the pulling doen of the old vicarage (in 1864), and the subsequent general improvements promoted by the borough and the Ramsden Estate.

According to Isaac Hordern, the Ramsdens' agent, in 1864, the executors of the late Nancy Starkey claimed that this was an 'At Will' holding and wished to deal with it as such, but says Hordern (in his invaluable notes), '...I soon proved to them that it was the property of the Ramsden Estate...' During a visit to the town in 1897, ir J.W. Ramsden accepted Hordern's proposal that The Fleece, together with the Boot & Shoe and Fox and Grapes should be sold by auction. Bentley & Shaw acquired The Fleece for £6000, and a Leasehold Grouond Rent of £25, on the understanding that it would be partly re-built within three years. This was completed in 1901.